You have tried everything you know to get your child to listen. You know the choices they are making are sure to hurt them – or someone else.  Now you are all at home together….all the time. When you are at the end of your rope what is left?

This week at the Thrive Parenting Support Group, Ellen May, Canyon Lakes Counseling’s own therapeutic massage therapist, shares her experience of personal growth and the radical steps she took to save herself and her family.

When your Kids Won’t Listen: 2 Courageous Steps One Mom Took to Save Herself and Her Family

This week we interviewed Ellen May, a massage therapist with Canyon Lakes Counseling, who told an amazing story of hope from her own experience of parenting children with extra needs. Ellen tells about how she used massage to transform her relationship with a child who for years had been pushing her away and displaying challenging behaviors.

After noticing that her teenage son was struggling with severe anxiety, Ellen started doing massage for him every morning before school. She started with massaging his feet with a special scented lotion that her son had picked out every morning for about ten minutes. The results she saw came slowly but were remarkable.

Ellen clarified, “These are just things that worked for us. It may or may not work for you, but I would encourage you to at least try the massage part.”

Her son had come to her with high anxiety. Even as a toddler, he would chew on his shirt to the point where his collar and sleeve, all the way up until his elbow, was wet. When he got to middle school, he’d been terribly teased and, as a result, he hated school. The family also went through a highly traumatic event at this time, so that had increased his anxiety. The entire family was just trying to survive.

I knew that touch was something that he really enjoyed but he wasn’t real fond of me. I was just trying to find a way to connect with him

“I knew that touch was something that he really enjoyed but he wasn’t real fond of me. I was just trying to find a way to connect with him,” Ellen said. Another goal in giving him a short massage every day before school was to help bring his cortisol levels down.

After a year and a half of doing massage with him, as well as other ways of changing their interactions, Ellen’s relationship with her son significantly changed for the better. “He may still get triggered once a month or once every other month now, but he will always comes back to me now. He’ll come back and say, ‘I’m sorry. I don’t know why I did that.’ And I leave him alone. Once I know he’s ramped up, I’m gone. I’m out of the room. I’ll go outside. I don’t interact with him.” She lets him come to her when he’s ready.

Like many parents, however, there was a time when it would have been hard to meet her son’s needs in this way. For years prior, Ellen’s son had been treating her poorly and was frequently unkind to her. He would poke her or throw water bottles to physically hurt her. He would try to intimidate her and seemed to find joy in hurting her emotionally, as well.

Ellen had worked hard to try to get him to change. She’d tried everything, from telling him he couldn’t talk to her disrespectfully to trying to set healthy boundaries. But nothing was working. In fact, she found herself ramping up when he did, which wasn’t helpful. She realized something needed to change.

I was caring more about him than he was, and that wasn’t going to work

“I was caring more about him than he was, and that wasn’t going to work” Ellen said.

Tired of being treated so rudely, she handed him his medication, made sure he had a bus pass, and told him not to ask her for anything. Other than providing the basics, like food, she backed away from doing any extras she’d been doing for him.

She also took away all requirements except the expectation to graduate on time. She didn’t try to force him to do chores or school work.  Knowing that he wasn’t likely to engage in high-risk behaviors, she allowed him to experience the consequences of his actions.

During this time, Ellen backed off and just worked on herself. She practiced good self care activities, like exercise and massages, and worked on herself. “I had to do a lot of self-reflection if I was going to stay more emotionally down throttled so that when he ramped up I could stay more calm.” She did a lot of reading during this time, got a lot of massages, went for walks with friends, and stopped watching tv and the news.

“I only looked for things that could really help my own brain calm down and stay calm.

“Having other things outside of my kids’ trauma was really, really big because before everything went kaplooey, I had really lost myself. I had been so wrapped up in their trauma, what they needed, and what all their stuff was that I had really lost a lot of me.”

Ellen started doing real estate to have something to get out of the house and be around others. Getting out and having something to do outside of her kids’ issues was part of that healing process for her.

“I let go of almost all expectations,” Ellen said. That included allowing him to say no, which at times was very hard to do.

After an extended time of letting go and just working on herself, Ellen started getting to the place where she could reach out more. That’s when she started doing massages for him before school, as well as engaging in other positive interactions. “I just spent a lot of time trying to figure out how to connect with him. One of the ways was through his sense of humor, which was not mine at all. I started to try to be more playful with him. That, along with little things we would do started to thaw him out. We just kept connecting,” she said.

Ellen started to discover that some of the behaviors she used to get irritated with were actually his way of letting her know he wanted to connect. “He would stand in my way, and I would tickle him. And he would always know that I was going to tickle him. That was how he wanted to interact and be playful. Understanding how he wanted to be playful was a big thing because it wasn’t how I was.”

Between the massage and having more playful interactions, Ellen gradually saw the relationship with her son get much closer to what she’d always wanted. It came in baby steps, but it continues to move in positive direction.

“We all have an idea of what it is we want to get and we have an idea of how it should go to get there. I think with our kids it doesn’t look anything like what we think it should. And we get a lot of pressure. I had one parent say, ‘My kid used an alarm clock when he was ten years old and got himself up.’ So we have all this pressure to do all the things that other parents are doing and it works for them. That’s why I say if this doesn’t work for you, try something else. Do something different.” 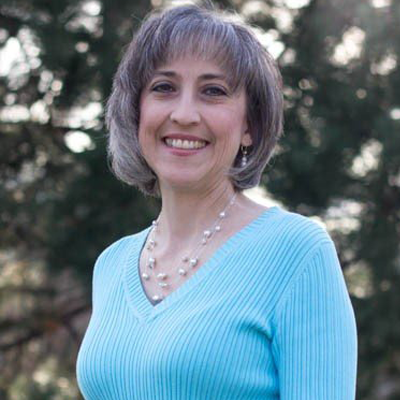 Ellen is a licensed massage therapist for the state of Washington. She is a graduate of Tri-Cities School of Massage in the style of Swedish massage. She is also certified in pediatric massage with an emphasis on trauma through Liddle Kidz with Pediatric Master Teacher Tina Allen. Her love for learning means she will be adding parent training for infant massage as well as other modalities to accommodate patient needs.

Ellen loves meeting new clients and believes massage is an excellent tool for good self-care for both children and adults. Her style combines relaxation techniques of light to medium pressure with slow, rhythmic strokes and deeper work for specific areas of tension. Her goal for each person she works with is for them to feel safe, heard and nurtured through her gentle yet very therapeutic approach. This way of engaging with each client means they receive massage work that is tailored to them. She looks forward to serving all age groups with massage.

Ellen and her husband became foster parents early in their marriage eventually adopting four children.  She enjoys camping and riding dirt bikes and 4 wheelers in the summer with her family, reading and volunteering in the community and her church. Jennie is a foster parent trainer and Author of the book Dancing with a Porcupine. Lynn is counselor, founder and co-owner of Canyon Lakes Family Counseling. Together they have parented over 100 kids including the 4 they adopted.

3 Massage Techniques you can learn to Help your Kids

Ellen trains parents in infant and pediatric massage so that they can potentially have the same benefit with their children that she had with hers. Here are three of the first techniques that she teaches in her classes.

You don’t have to wait for wednesday night!

The conversation happens all week long in our private facebook group. Here you can ask questions, get ideas, vent, or just share your favorite new meme. We also post a video of the large group times on our new Youtube channel. Connect with us anytime online.